**There will be a summary in this review. Please do not read ahead if you don’t want to risk reading a spoiler**

Book Title: Daughter of the Siren Queen
Author: Tricia Levenseller
Main Theme: Historical Young Adult Fiction/Fantasy
Thesis: Princess Alosa has finally captured the last piece of the legendary treasure map for her Father, the terrifying Pirate King. With Vordan captured as well, they make their way to the Pirate King’s secret keep, with her on and off again love interest Riden and his horrid brother Draxen in tow. While staying at the keep, Alosa learns that her father has been keeping many secrets from her, including that her very own mother has been a prisoner of the keep through-out Alosa’s childhood! With the help her crew and Riden, they rescue her mother and escape the keep with the map in their company, only to be left by her mother, who jumped out to sea as soon as she could. With the feared Pirate King hot on their trails, they make the treacherous journey across the sea, into uncharted waters with numerous problems along the way. After a very rocky trip, they made it to the Isla de Canta, where two fierce battles begins; one between all pirates of the Seventeen Isles and who Alosa will align herself with, the Pirate King or the Siren Queen.

What Drew Me In: After reading the first book, I quickly became slightly (only slightly!) obsessed with this duology! Alosa is clever, sassy, and an interesting character. You feel drawn to her, from her smart-ass remarks to the childhood trauma that she endured. I had high expectations for this book, and I think Levenseller did justice to the conclusion of Alosa’s adventures. And besides… we had to meet her mom! 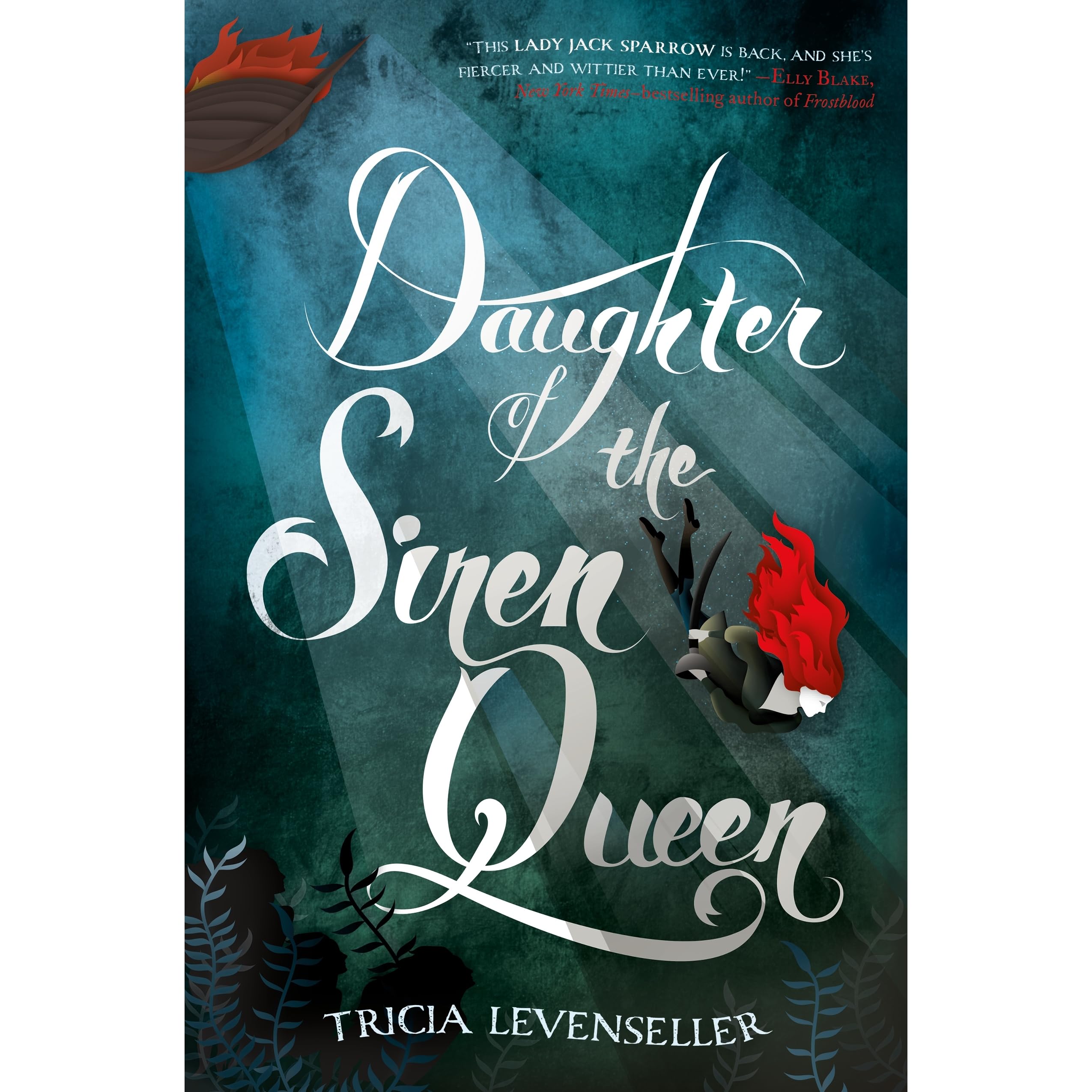 Summary: We pick up where we left off in book one, hot on the trail of Vordan, the backstabbing pirate who kidnapped Alosa and Riden to learn about the secrets of the sirens. Setting up her crew along Vordan’s hideout, there was no better feeling that when Alosa whisks him out and throws him in a cage like the dog he is. After securing the prisoner and the last piece of the treasure map, the crew makes their way to Alosa’s father’s keep, where you meet several more Captains that are under the Pirate King’s rule. All is well until Alosa’s troubled mind leads to a break-in to her father’s private study, thanks to her crew mates and Riden. There, she finds that her mother has actually been hidden here, prisoner, all along, and for the first time we are introduced to the Siren Queen. Overcome by emotions, Alosa quickly realizes that her father was not the man who she thought he was; he was a cruel man, and a lair. With the help of her crew and Riden, they kidnap her mother from the keep and set sail before the rest of the pirates towards the Isla de Canta, towards the Siren Queen’s home. With her new-found freedom, Alosa’s mother, Ava-Lee, jumps into the ocean, swimming straight back home. At this point, Alosa feels betrayed by both of her parents, and decides that the best way to get back at them is to steal the one thing they both want, the legendary treasure. With a slight distance advantage over her father, they make their way to Isla de Canta. Unfortunately, they come across many problems on their journey, such as broken masts, cannibalistic pirates, and a shortage of fresh water for drinking. Still, through each challenge, they plunge on, finally making their way to their destination. Alosa, being half siren, scouts ahead, where she find’s her mother’s colony of sirens. The other sirens consider her an outsider, but her mother welcomes her with open arms. Alosa realizes that her mother has always loved her, and shows more love to her right then than her father has done all of her life. Alosa is worried for the sirens, because she knows that Kalligan will only hurt them if he finds them, and with the aide of her mother, the sirens give her a portion of the treasure, hoping that Alosa will convenience most pirates to turn against Kalligan and fight for her instead. Kalligan unfortunately swoops in and takes Alosa’s ship hostage, igniting a fight between the siren’s and Alosa’s crew versus all of Kalligan’s crew.  Without going into to much details, Alosa and her mother fight for the freedom and are successful, which opens many possibilities for Alosa to be with her mother and for the pirating world to change as everyone knows it. And finally, with death not being right over their shoulders, Alosa and Riden finally confess their attraction to each other, and begin their new life together, aboard the Ava-Lee.

My Thoughts: As stated before, I had high expectations for this book, and Levenseller hit the mark! She did a great job at wrapping up the story-line and giving us the answers we want. We learned more about the sirens, we found out things about Alosa’s parents that made us questions things, and finally saw the two stubborn pirates (*cough* Riden and Alosa) realize their feelings for each other and come together. This book will make you feel things; happy things, sad things, exciting things, and those OH-MY-GOD-WHAT-IS-GOING-TO-HAPPEN-NEXT?! things. I feel like if Levenseller ever wanted to expand on this story, she definitely has the means to, but the story has been wrapped up in a satisfying way, I know that Alosa would become a fierce and loved Pirate Queen.

Would I recommend this book?: Absolutely, if you enjoy the first one, do yourself a favor and get ahold of this book ASAP. Even if it is a YA book, I have had many grown people check it out at my library and return it and tell me they loved it. It’s a great read and I’m looking forward to the future of Tricia Levenseller’s work.

2 thoughts on “Book Review – Daughter of the Siren Queen”